If you find yourself in New Bern (eastern) North Carolina, as we did for a 2014 graduation, take the opportunity to see the 1770 Tryon Palace. Unforgettable. And amazing that it not only burned down completely and was reconstructed from drawings found in London but also had an entire highway and town moved so that the palace and grounds could be reconstructed. (Leave it to strong 1950’s Southern matrons to achieve such a feat.)

The 16 acres of gardens, which run all the way to the Trent River where ships would once have brought arriving visitors, are extensive and immaculate. 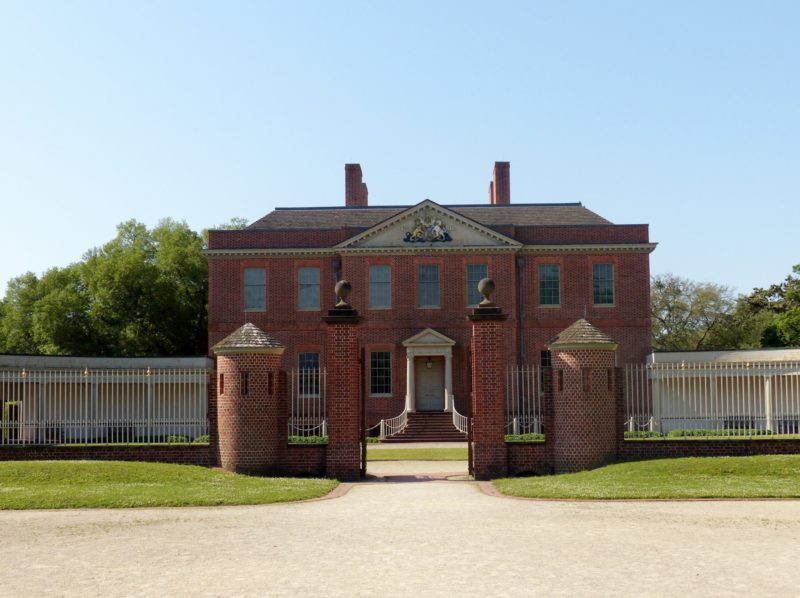 Amazing that this building burned down in 1798 and the site was filled in for over 150 years. It was reconstructed from its original plans in the 1950’s.[/caption] 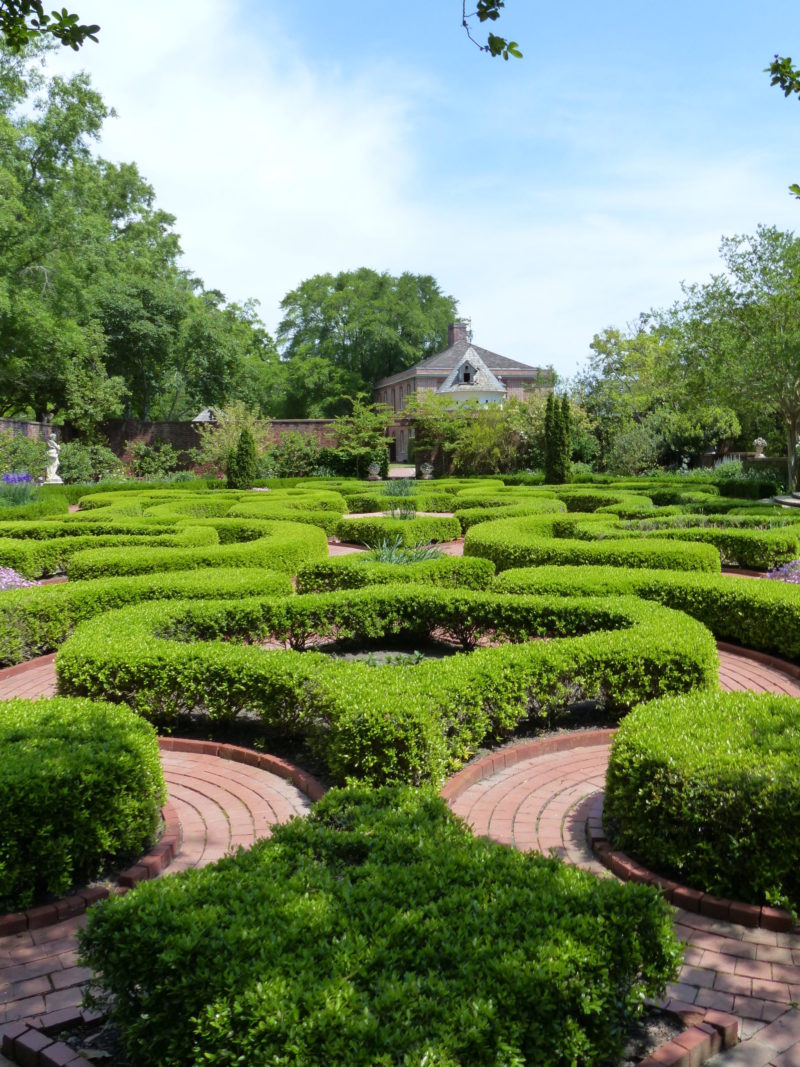 Designed by Morley Jeffers Williams in the 1950’s from designs based on 18th c British gardens.[/caption]

Two plans for the house dating from 1769 were found in London back in the 1950’s, but more recently, in 1991, Palace researchers discovered a garden plan in the collections of the Academia Nacional de la Historia in Venezuela. There they found a garden plan that Palace architect, John Hawks  apparently gave to Venezuelan nobleman Francisco de Miranda (Editor: don’t miss reading his bio: he wrote 63 volumes of journals, was the lover of Catherine the Great, and was the only “American” who has his named carved in the Arc de Triomphe, etc etc, etc. In short, what a guy!), who admired the Palace greatly during his 1783 visit to New Bern.

The Miranda plan suggests a strong French influence instead of the more-to-be-expected English garden style. But who created the plan? Some attribute it to Claude Sauthier (1736-1802), a French cartographer who in 1763 wrote his first great work, A Treatise on Public Architecture and Garden Design.  His map of New York is astonishingly beautiful and should have won the Revolution for the British. But I digress. Sauthier mapped all the towns of North Carolina including one of New Bern in 1769 for Governor Tryon. But, “when compared to plans of the Palace and other documents he created for Tryon, the handwriting in the Miranda plan is clearly that of John Hawks. The Miranda plan, furthermore, contrasts with Sauthier’s more rectilinear design…” [Source: tryonpalace.org]. When Williamsburg’s colonial gardens were re-created by landscape architect Arthur Shurcliff (1870-1957), it was Sauthier’s 1700’s renderings of colonial gardens that he most consulted.

None of the historic garden plans have ever been implemented at Tryon Palace. Morley Jeffers Williams (1877-1977) conducted the Palace archaelogical dig and designed the subsequent garden restoration. Before undertaking the Palace project, Williams had served on the faculties of Harvard and North Carolina State Universities and was hired by the Garden Club of Virginia to research, inventory and design the gardens at Mount Vernon (it was Williams who theorized that the landscape was designed to mimic the shield in Washington’s family crest), Monticello, and Stratford Hall (home of the Lee’s). Professor  Williams also restored “God’s Acre”, the Christ Church Cemetery, at Harvard Square.

By the way, in researching this article, I came across a website describing the 1820’s Foscue Plantation that’s just ten miles southwest of New Bern, NC. Too bad we didn’t have more time since I would have enjoyed seeing that as well. This historic site is open for tours on Thursdays…still owned by the same family, which had plenty o’ slaves right up until the “War Between the States”. Yes, that’s what their website calls the Civil War. The Queen will try to be “civil” about the whole damn mess when she visits…##

← The Queen Loves Garfield Farm All in a Day--in Florida →
Share this...