Start to a Cheerful Tuesday 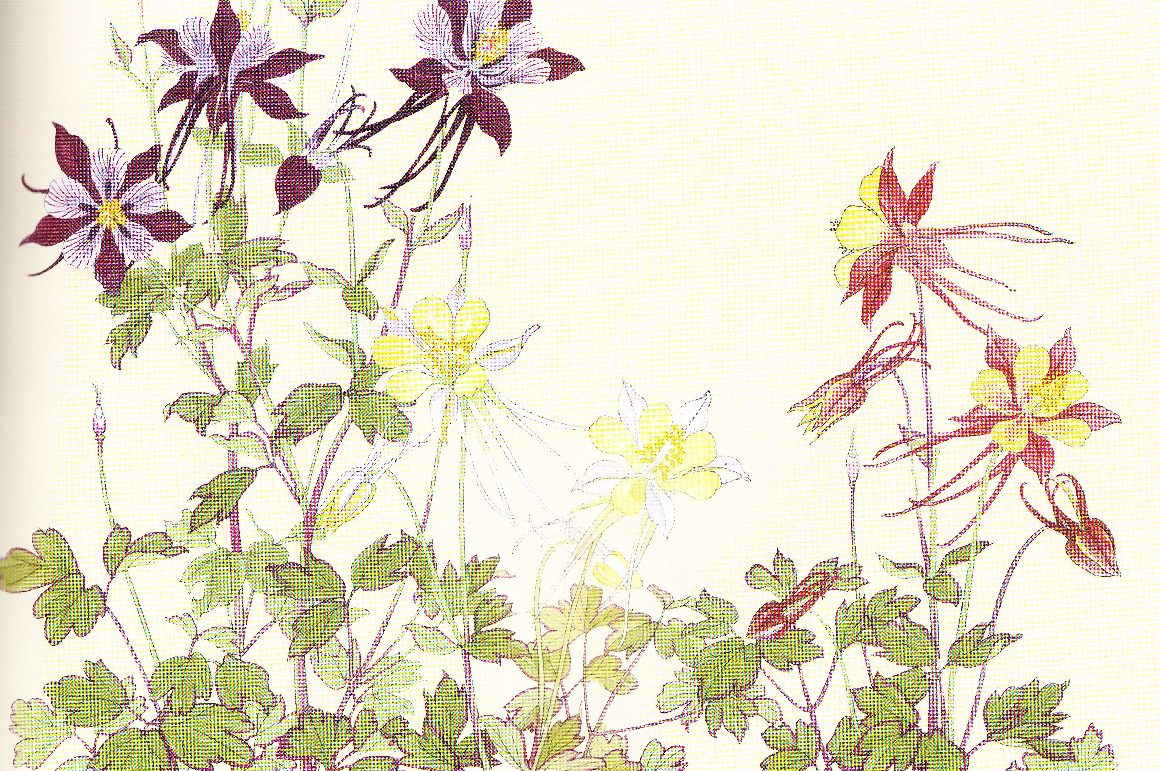 That same year (1917), a native Chicagoan, Neltje Blanchan, who wrote eleven books in her 52 years, said this about columbines in her book, Nature Wonders: Wild Flowers Worth Knowing. The book was published by the company her husband started: Doubleday.

“The Columbine never has the elfin charm in a conventional garden that it possesses wild in Nature’s. Dancing, in red and yellow petticoats, to the rhythm of the breeze along the ledge of overhanging rocks, it coquettes with some Punchinello as if daring him to reach her at his peril. Who is he? Let us sit a while on the rocky ledge and watch for her lovers…Presently a big bumblebee booms along. Owing to his great strength, an inverted, pendent blossom, from which he must cling upside down, has no more terrors for him than a trapeze for the trained acrobat. His long tongue–he is one of the largest of our sixty-two species of Bombus–can suck almost any flower…He is the truest benefactor of the European Columbine (A. vulgaris), whose spurs suggested the talons of an eagle (aquila) to imaginative Linnaeus when he gave this group of plants its generic name.

Fragile butterflies, absolutely dependent on nectar, hover near our showy wild Columbine with its five tempting horns of plenty, but sail away again, knowing as they do that their weak legs are not calculated to stand the strain of an inverted position from a pendent flower, nor are their tongues adapted to these slender tubes. The tongues of both butterflies and moths bend readily only when directed beneath their bodies. It will be noticed that our Columbine’s funnel-shaped tubes contract just below the point where nectar is secreted–doubtless to protect it from small bees. When we see the honey-bee or the little wild bees–Halictus chiefly–on the flower, we may know they get pollen only.

Finally a ruby-throated hummingbird whirs into sight. Poising before a Columbine, and moving around it to drain one spur after another until the five are emptied, he flashes like thought to another group of inverted red cornucopias, visits in turn every flower in the colony, then whirs away quite as suddenly as he came. Probably to him, and no longer to the outgrown bumblebee, has the flower adapted itself. The European species wears blue, the bee’s favorite color according to Sir John Lubbock; the nectar hidden in its spurs, which are shorter, stouter and curved, is accessible only to the largest bumblebees. There are no hummingbirds in Europe. Our native Columbine, on the contrary, has longer, contracted, straight, erect spurs, most easily drained by the ruby-throat which ever delights in any color at all so long as it’s red.”## 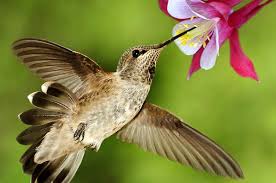 ← Saving the Planet...read it and weep OR become a better gardener? This is what happens when you cut down all the trees! →
Share this...