I was thinking about what I could write about while driving home from the dentist today. I looked into a forest preserve I was passing and thought, “Nothing. I can’t think of anything to write about gardening. It is just so damn gray today”. But inspiration sometimes comes out of being quiet and letting the silence in, you know? So here I was, sitting at my desk, quietly, a little somber, when I looked at a book winking from the shelf, and instinctively knew that Donald Culross Peattie would have something to offer.

For those of you who may not know Mr. Peattie, he was a naturalist and author who was born in Chicago in 1898, went to the University of Chicago, worked for government and newspapers, but spent much of his life in France. He wrote about the inter-connectedness among all living things, about nature’s “head scratchers”, and about wonder, the big picture, the tiny aspect (maybe the little gasp we make when we glimpse a first bloodroot in spring), oddities, and even ugly dis-pleasures. Mr. Peattie also wrote about utopians, botanists, wilderness plantsmen, and the romanticists. Take this sprig of his thoughts, for example: “[Compared to Romanticism]…our aims today are cautious, niggardly, unattached to fundamentals. One science is out of touch with another, and they are all shockingly out of touch with philosophy, art and religion. There IS one-ness about Nature, but scientists are lazy about looking for it. Take the sexuality of plants, for example…”. Ah, Mr. Peattie, you must have been a Scot. Poetic yet scientifically demanding.

Maybe I like Mr. Peattie so much because fabulous black and white woodcuts illustrate his nature books.

Anyway, Mr. Peattie must also have been staring out the window onto a gray December day, for this is what he wrote about today in his book, An Almanac for Moderns [1935]:

“Now everywhere in the woods, silence. There is not a single hum from the fields, of insects tuning up their tiny orchestras. I cannot think what can have become of even the crows; the squirrels today have fled the boughs; there is no scampering of chipmunks; there are no brooks that speak, only a slow dwindling of rivulets, and no pods that click, no sudden whirring of pheasant from under foot. The sky is heavy with unshed snow, and even when it falls, it will make no sound, spinning down in the first great, starry flakes, in silence. Everywhere, only silence…silence”.# 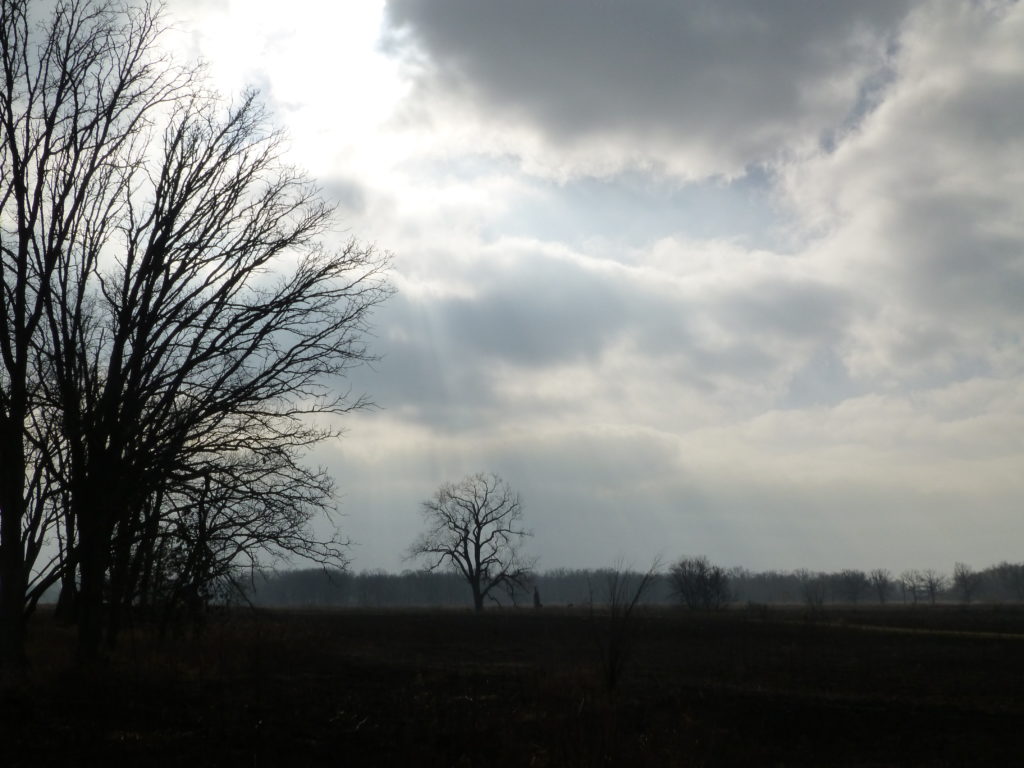 ← Mississippi Flyway Used by Half of All North American Birds! Hear more next Monday... STOP the presses and read this! →
Share this...