Japanese Beetles, Honeybees, Gypsy Moths, and Congress: Which one is not a pest?

TWG [The Weedpatch Gazette] subscriber Adrienne Fawcett, who nobly publishes news of Lake Forest and Lake Bluff on her blog, Gazebo News, wrote to ask how to control Japanese Beetles on her Knock Out Roses, which are claimed to resist Jap Beetles. So much for truth in advertising… 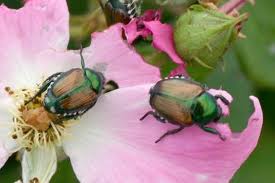 My shoot-from-the-hip answer is, “From your lips, Adrienne, to God’s ears. Ain’t no control except doing what Mom did (so gross, but I do it too). Pick ’em off and throw them in a can of gasoline”. Or, Adrienne, I can suggest this: we once owned a wonderful little chicken named Henrietta, and that bird loved loved loved Japanese Beetles. Sweet lil thing would follow me around, so eager for me to shake the roses. Alas, Henrietta has passed on. She did live a good long life, but could it have been longer if she did not overconsume? No matter, this is what Henrietta and I would say, “eat and be happy”. Also, Adrienne, get yourself some beetle-lovin’ chickens.

For those who cannot believe me and must have real knowledge of the lives and deaths of Japanese beetles, the University of Kentucky supplies all the answers. They, too, believe there’s no hope. The Japanese beetles will eat your roses no matter what.

Adrienne, I don’t use “chemicals” because we have honeybees at our Richmond, IL farm and my neighbors in Lake Forest have them too. That said, the farmer next door to our farm called this week to tell me that helicopters would be flying near our farmhouse to spray a chemical on his Christmas trees to kill the gypsy moth. I told him about our honeybees and asked him to find out what chemical is used and what USDA says is its effect on honeybees. He has not called back (what a surprise). 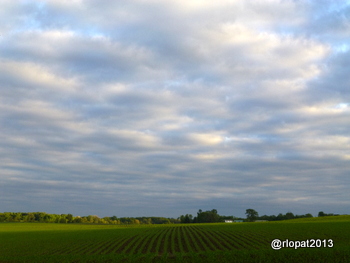 The answer is that the “Gypsy Moth Slow the Spread” aerial spraying program uses two volatile organic chemicals that go under the names, “Flakes” and “Splat”. Really. They are pheromones that don’t kill the caterpillars (hence, not an insecticide) but mess with the sex lives of the males so bad that they can’t reproduce. That’s what any male of any species (especially homo sapiens) would call, “a fate worse than death”, n’est-ce pas? (Are honeybees part of the USDA’s “Flakes and Splat are the most ‘environmentally-friendly methods of controlling gypsy moths’ tests?] 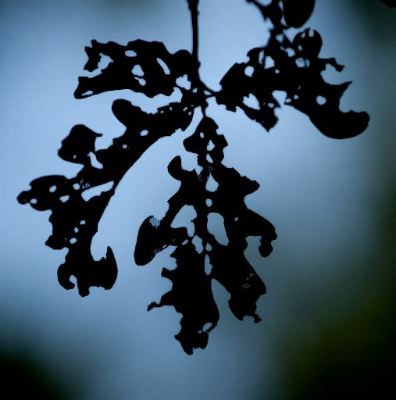 Insecticides (which gypsy moth pheromones are not, technically) are regulated by the 1947 Insecticide, Fungicide, and Rodenticide Act, by which EPA regulates specific apps of 28 (only 28?) pesticides. The good news about this law is that manufacturers have to prove insecticides are safe to humans and the environment (esp threatened and endangered species and their habitats) before they can be sold. (Are honeybees part of the tests?) 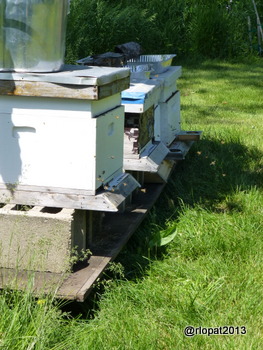 Honeybee hives at our farm in Richmond, IL

On the other hand, there are 84,995 (that’s a fact not my speculation) other chemicals that aren’t regulated because the (outdated)1976 Toxic Substances Control Act says that EPA has to prove a chemical is unsafe rather than having the chemical company prove it is safe. There’s a new law proposed: the 2013 Chemical Safety Improvement Act (still highly contentious debate going on). I think that if the American Academy of Pediatrics thinks we need the new law, we gardeners should too. Call your Midwest Senators: Dick Durbin, Mark Kirk, Ron “we are victims of government” Johnson, Tammy Baldwin, Dan Coats, and Joe Donnelly. And ask them about the honeybees too.## 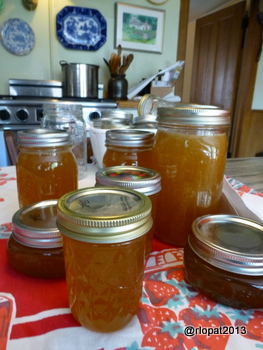 ← Patience, please Darrel Morrison and the "Native Flora Garden" in Brooklyn →
Share this...