Garden Markers: The Best Product Yet

Who among you hasn’t been really really irked about plant “markers”? You know, the ubiquitous white plastic tags that snap in half after a season stuck in the dirt next to your plant? Or the sales tags that don’t offer botanical names and are stapled to pots? Or the ones that are threaded thru a slot in the pot and break off when you try to remove them (and/or are bigger than the plant itself)? 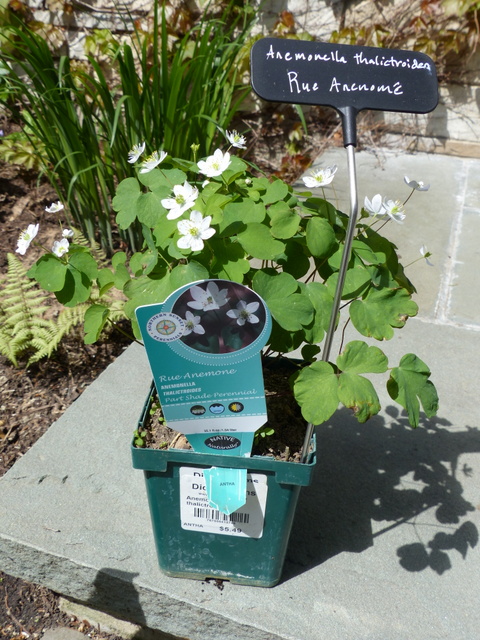 Or…there’s the disappearing marker. I have never actually caught one of our dogs making off with a white plastic tag, but I find them lying all over the garden, but never near the plant they are supposed to be identifying. If not the dogs, who then? Squirrels? Chipmunks? Or do the tags spontaneously jump out of the ground on their own?

And don’t get me going on the metal tags that bend, twist and tear, or the stakes that do the same. Or the “permanent” Sharpies that fade…or the waxy pencils that are too fat to write legibly.

Or did I mention the “helper” I hired who decided to “tidy up” the garden and removed every marker from every tree, shrub and plant?  I still have most of these tags in a box (retrieved from the garbage bin that I just happened to look in) because I haven’t the vaguest idea on which hosta or dwarf conifer they belong. Need I say that the relationship with my helper ended rather…abruptly?

Nonetheless, I am pleased to report that the best garden marking system I’ve found (well, yes, I would like to own an embossing machine like those used by botanic gardens but I’d rather fly to Europe with the same money) is from IDeal Garden Markers. The system is comprised of a unbendable steel stake, a rigid black plastic nameplate, and a white fine-point paint pen. I bought the 11 inch, 45 degree stake for most plants; the 7 inch, 90 degree stake for ground hugging plants especially miniature hostas; the “small” size black nameplate, and 4 marking pens (I bought extras because I’ve learned that sometimes the nib gets crushed when writing). After a summer and a harsh winter of use, my IDeal Garden Markers look just fine. I’m re-ordering!

Of course, then there’s the far more irksome phenom: when the tag survives the winter but the plant does not…as in the expensive Primrose in this photo. Why was it sold here if it’s not hardy? Let’s not even THINK about that! Grrrrr…..## 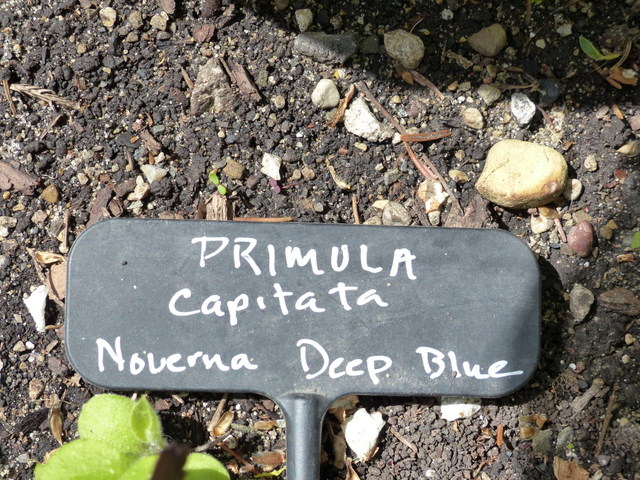